Single Video Game And Video Game Bundle Posts Are For Informational Purposes Only
Prices Will Reflect At The Official Dealer Website When Show Discount Is Clicked.
Share this...

Of every challenging boss fight FromSoftware has thrown at players over the years, I don’t think I’ve seen one inspire more groaning than the Malenia fight near the end of Elden Ring. She has basically everything that makes a fight hard in Souls games. She hits incredibly hard, dashes toward players who try to run from attacks, and won’t be staggered by your meager hits. At least, not with conventional attacks. A month after release, an Elden Ring player has discovered the easiest counter we’ve seen so far for one of her deadliest attacks: a pot.

The strategy shared by Reddit user toxicBird7, which has amassed over 12,000 upvotes and a bunch of those Reddit award thingies, is shockingly simple. Her Waterfowl Dance attack, the spinny-sword-slashy combo she does a lot in her first phase, can actually be canceled out completely by throwing a Freezing Pot. Watch the strategy in action below:

If you’re like me and spent the last 100 hours of Elden Ring mostly ignoring ritual pot throwables, worry not. toxicBird’s helpful video also covers where to find the recipe needed to craft the Freezing Pot. You’ll need the Glintstone Craftsman’s Cookbook (6) to unlock the recipe, which can be found in a side room in Caria Manor.

Once you have the recipe, all you’ll need are ritual pots (the bigger version of cracked pots) and a specific flower called rimed crystal buds that grow in the Mountaintops of the Giants.

The video covers where to find these too—you’ll find a cluster of crystal buds near some big pillars close to the Inner Consecrated Snowfield site of grace. Since ritual pots are reusable, all you’ll need to make more later are rimed crystal buds. The catch, as toxicBird points out, is that a single Frozen Pot will only stun Malenia twice before her resistance increases. After that you’ll need to throw two, which is harder but possible.

The good news is that, depending on your attack power, twice might be all you need to get past her first phase. You can deal a lot of damage in that time, even more when you don’t have to worry about dodging Waterfowl Dance. I wish my friend had known about this strategy before I watched him lose to Malenia about 70 times (at least half of them as a direct result of Waterfowl Dance). 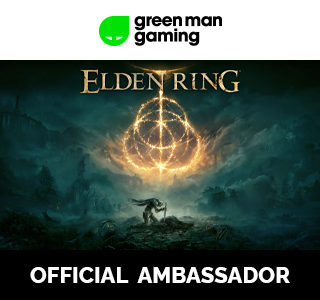 This site uses Akismet to reduce spam. Learn how your comment data is processed.

You may have missed

Build Your Own Slayer Bundle 7

August 18, 2022
We use cookies on our website to give you the most relevant experience by remembering your preferences and repeat visits. By clicking “Accept”, you consent to the use of ALL the cookies.
.
Cookie SettingsAccept
Manage consent

This website uses cookies to improve your experience while you navigate through the website. Out of these, the cookies that are categorized as necessary are stored on your browser as they are essential for the working of basic functionalities of the website. We also use third-party cookies that help us analyze and understand how you use this website. These cookies will be stored in your browser only with your consent. You also have the option to opt-out of these cookies. But opting out of some of these cookies may affect your browsing experience.
Necessary Always Enabled
Necessary cookies are absolutely essential for the website to function properly. These cookies ensure basic functionalities and security features of the website, anonymously.
Functional
Functional cookies help to perform certain functionalities like sharing the content of the website on social media platforms, collect feedbacks, and other third-party features.
Performance
Performance cookies are used to understand and analyze the key performance indexes of the website which helps in delivering a better user experience for the visitors.
Analytics
Analytical cookies are used to understand how visitors interact with the website. These cookies help provide information on metrics the number of visitors, bounce rate, traffic source, etc.
Advertisement
Advertisement cookies are used to provide visitors with relevant ads and marketing campaigns. These cookies track visitors across websites and collect information to provide customized ads.
Others
Other uncategorized cookies are those that are being analyzed and have not been classified into a category as yet.
SAVE & ACCEPT
Translate »